To some extent, bluepill/redpill/blackpill is just a meme 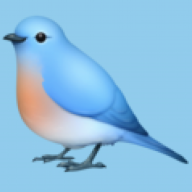 BANNED
In a way, it was unfortunate that we adopted this language of bluepill/redpill/blackpill, because it often overstates the case.

It's one thing to say, "I disagree with you." It's another to say, "You're bluepilled." When you say someone's bluepilled, it means you think they're delusional, i.e. the truth is staring them in the face but they refuse to see it. That's much different than just saying, "Based on my experience and observations, I've reached a different conclusion than what you reached."

Here's an example. One red pill principle is All Women Are Like That (AWALT), i.e., all women have the same basic nature, even if it's expressed differently from woman to woman. Women are emotional, solipsistic, hypergamous, they lie constantly, etc.

Suppose a guy is like, "I think this girl over here is really special, blah blah blah". Another guy might say, "That's bluepilled; we know that AWALT; there are no special snowflakes."

The guy calling him bluepilled may not even know that chick well, or know anything the interactions he's had with that girl; he's just assuming the guy is bluepilled because we know as a general rule, it's a lot more common for chicks to try to appear special and "not like other girls," than it is for them to actually be that way. Most guys who say, "This girl is really special" are in fact bluepilled if they think her nature is fundamentally different than that of other girls; on the other hand, there are some chicks whose particular expression of AWALT is really rare, to the point you may only find one chick like that in a lifetime.

Or you might even find a girl who's a straight-up outlier, a one-in-a-million exception -- although bear in mind, if there were a unicorn, she probably would've attracted attention from some other guy by now, since there are more men looking for unicorns, than there are unicorns. I used to call such chicks "blue Jujyfruits," a reference to how I once found a blue Jujyfruit in a box of Jujyfruits. Someone might claim, "You didn't see a blue Jujyfruit; there are no Jujyfruits" but I once had a photo of it (lost to a Facebook account I can no longer get into).

Anyway, just keep in mind, there's a difference between saying, "I disagree with you" or "I don't believe you," and "You're bluepilled." If you tell someone they're bluepilled, it means you think what you're telling them is the obvious truth yet they refuse to see it. That's different than a situation where two reasonable people could disagree.

"Delusional" is different from "mistaken"; it means something's wrong with your faculties. It would be a common mistake to, e.g., think there's an animal in the grass when it's really just the wind blowing; you're just misinterpreting what your senses perceive. If you were to hallucinate and actually see a creature that wasn't there, that would be more like a delusion.

Delusions are fairly common, by the way; it can be easy for us to become deluded when our family, friends, or other people we trust are telling us something, or pressuring us to see it their way. Religion is a common delusion, for instance. If America is a Christian nation, and America is the most successful nation, then one could easily believe, "God must be on America's side; therefore America's religion is true." To the extent this is just an interpretation of the data with which one has been presented, rather than a willful ignoring of contrary data and fabrication of supporting data, it might not even be a delusion.
Last edited: Jul 1, 2019

Good post. I only use bluepilled for absolutely delusional people from IT

Username6321 said:
Good post. I only use bluepilled for absolutely delusional people from IT
Click to expand...

Part of the problem is that "bluepilled" has come to refer to, "Mistaken about any issue that pertains to sex/women/relationships/inceldom/etc."

That's not really what it means to be bluepilled.

Anyway, maybe it's just as well that I took down all my sites that had this "-pilled" terminology, because people have really been misusing it.
Last edited: Jul 1, 2019

BrettyBoy said:
Personality is a massive meme.
Click to expand...

Yea personality is a joke

Schizophreniccel said:
Yea personality is a joke
Click to expand...

BANNED
It's a legit concept

Schizophrenic said:
Yea personality is a joke
Click to expand...