Lounge member
I hate to have to be the stern male authority figure type, but the party is officially over. Incel was never meant to be a party anyway, incel is not supposed to be fun or satisfying.

The forums were supposed to be the Athens or Asgard of the incel community, a place where normal individuals, who were unfortunately afflicted with incel, could chat and share woes. It was never intended to be a ghetto haven like banned incel boards. It was supposed to be Asgard, or a high class Library. Not Compton, Bronx, or Haiti. If you want to talk about rаpe, murder, pedophilia and everything imbetween, here is not the place. This was never meant to be a place for thugs and criminals to emotionally dump vitriolic hate. This forum was never intended to be used as an emotional tampon, I understand incels have had hard times and lack self-control, thus I propose an alternative solution below.

I come in peace, the reasonable solution is for certain individuals to make his own incel boards, separate from here, in which the criminal types can emotionally vent their barbarian fantasies. Of course, such a forum would eventually get closed by the public, but this way he does not also drag us down with him and get us closed also. This was never the place and I'm sorry if anyone got the impression this place was.

The purpose, and mindset, of these forums, was just for ordinary individuals, dealt a bad hand by the world, to have a safe space where they could vent, free from the stigma of being labelled antisocial toxic incel terrorists. So here are the rules:
1. No posts glorifying rаpe or murder. This means no ER meme spam or glorification of ER. You can discuss ER. but acceptable discussion of ER is something like this "I understand why ER snapped and went ER. I wish he got a girlfriend so he never snapped. It is a pity that he went down that road in such a cruel world. Here are some of his nicer videos, to show he had a nicer side."
2. No spam.
3. You can make humor, but it has to be mature and not childish 10 year old kind of stuff.

Further clarification is meant: Not all females behave like ghetto negroes. And there are some high IQ negroes and females. What Darwin meant was a general sense of how femoids post on facebook and social media. "REEEEE" low-class posting. Yes you can occasionally make low-effort posting, but you should not be too proud of it. This website was meant for higher philosophic types, not facebook shitposters. It was never meant to be a Mos Eisley style cantina.

So what is meant is, don't make femoid style of posting. If the genders were swapped, and your posts gives vibes of femoid "reeee" style posting, it is unacceptable. You are allowed to dislike or hаte women, but saying that all women are "X" is exactly equivalent to femoid style posting of "all men are X". So no immature, illogical, or cliquey style posting. Act civilized and have class.

Further clarification: The aryan child is different from the normal child. The aryan child is born with nobility, empathy, and sound logical sense. One should emulate the aryan child. This is not meant to be some third-world cesspool. Also, I am not racist, I admit there are higher blacks who have nobility, not all blacks are toxic. An example of the Aryan child is anakin skywalker, who naturally lusts for 17 year old women. Unfortunately, he was evilized by sandpeople, as well as cucked by the Jedi Order. When I was a young child, I too lusted for a 17 year old girl. However, I understand that some desire lolis, since females are brainwashed by 4th wave feminism so they become more and more toxic each year. However, discussion of pedophillia is prohibited, discussion of lolis is restricted to girls who are at least fertile according to puberty. The vibe of this forum is meant to have a Christian/Pagan vibe, no middle eastern sandpeople style posting.

The ideal attitude, to behave like the noble child, who is sad/hurt/angry about women, and bitter at women who act like sandpeople, but not to become a sand person oneself. 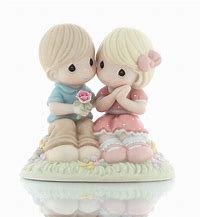 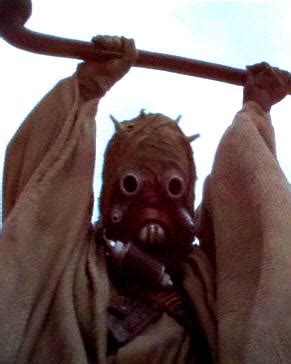 .
The purpose of this forums is to normalize incels, and make society see that incels are just ordinary people like me and you. It is to provide realistic social solutions such as more services for incels. Data on transsexuals indicates that incel transsexuals desire sex with subChads. Therefore, it is indicated that it may be possible to reeducate the female gender to once again, accept subChads into their dating harems. If this fails, at the very least we can push for social services such as increased neetbux to incels, as well as chad tax. But I am certain it is only harming our cause to act like uncivilized sand people of the desert. General rule of thumb is, would this be acceptable in a SOAD/serj tankian song, if not, maybe a little too edgy.


The general vibe of the rules is to not play into the tropes the media portrays us as.


If these rules are unsuitable to you, perhaps this place is not a good fit for you, and you or certain individuals could make your own boards separate from these, where you say anything you want, do anything you want, and exercise your Constitutional rights of free speech.
Last edited: Jul 2, 2019