Official introduction of the chadelier pill 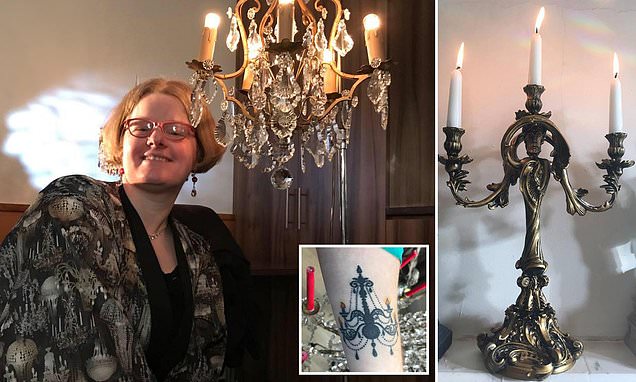 Woman who dated Statue of Liberty settling down with a chandelier

Amanda Liberty from London, is what is known as an 'objectophile' and has fallen in love with a 100-year-old light fitting following a fling with a candelabra of the same name.

Quick Summary: Woman is an 'objectofile' who has dated the statue of Liberty and is now in a fully committed relationship with a chandelier which lights up her world, and is most definitely 'an old flame.'

Originally she had cucked a drum set with the statue of Liberty. This goes to show that the drumcels will have to go back to 'beating off', because the women now only like the hunks who are hung from high ceilings.

Women in this day and age would rather have sex with a statue and household objects than have a committed relationship with an incel. Maybe it is time that we as a forum begin a new dating strategy and Chadeliermaxx.
Last edited: Tuesday at 3:09 AM

Lounge member
Foids should be identified as property. There is only one gender.

Lounge member
Over for humancels

Doesn't matter how dark it gets, the sun will rise

Doesn't matter how dark it gets, the sun will rise