Approaching Fat/Ugly Chicks is Harmful to Your Self-Esteem 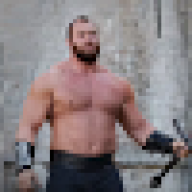 Approaching fat/ugly chicks can be seriously harmful to your self-esteem. They are no more likely to find you attractive than a Megan Fox look-alike, and you will feel like total ѕhit when they give you that, “get away from me you loser” look. But, it gets worse….MUCH worse. Fat/ugly chicks assume that if you are paying them any attention at all, you must be such a fuсking loser that you can’t get anyone else…..and they treat you like it. Of course, this does zero to affect their sense of entitlement. In other words, you are a loser for wanting someone so heinous but they are still a princess, even though they ARE heinous. Plus, women who are fat/ugly are usually INSANE. They are into suffering big time and want to take you along for the ride. Unlike men who are usually fat because they eat too much, women are usually fat as a side effect of serious personality disorders that manifest as bulimia (binge eating, with or without vomiting), drug use and other fun stuff.

Women often bitterly complain that they are discriminated against if they are fat. But, it’s not true. A man who is fat has no chance with women (unless he is a criminal….but that’s another story). But, most fat/ugly chicks have a man. The people who discriminate against them are other women, not men. However, many men learn the hard way that they aren’t just fat, they are demented assholes. They give them a chance, often giving several fat women a chance, only to be treated like total dirt in the most fucked up situations. So, they learn to avoid them (at least I have, lol). It’s this issue that makes men avoid fat chicks, not their weight.