A Chad stoled my gf's virginity

BANNED
So, i'm 23 and i work in a gas station. the only female friend that i ever had became my frist girlfriend a few months ago (we never had sex, rarely kiss) and yesterday we we're talking about personal stuff and i asked if she was a virgin and she sayd no, that she lost it a 14 years old with IAN (a fuсking chat, ex-classmate). i got angry and just left, haven't answered her textes. she GOT ANGRY AT ME because "I have no rights over her body and her life" BITCH your are MY girlfriend , you should have saved your virginity for someone who's a good person like me.

should i leave her? beat the ѕhit out of that sl*t? or wait untill have sex and dump her right away?

hughtheslayer said:
ANGRY AT ME because "I have no rights over her body and her life" BITCH your are MY girlfriend
Click to expand...

She regret nothing, what else do you need to prove to yourself that that FO WILL dump you at any given moment, you are just a sideshow for her while she is looking for a Chad\wealthy\famous guy.
The fun part is that regardless of outcome she will blame you. You are not the first and definitely won't be the last person with that kind of trouble. 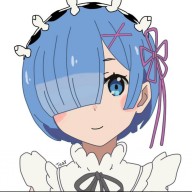 BANNED
pretty sure this is a troll but if it's not?
thinking you own your new girlfriend's virginity she lost like 9 years ago is why you're alone
completely fuсking delusional
you need help

BANNED
It is not fair to blame her. Yes, she lost her virginity before she met you, but that's the past. I'm sure she broke up with you because you got mad at her for that very reason. She wanted YOU, so the fact she lost her virginity before meeting you is not important. You can't change the past and that is just how it is. Answer her texts. It is important for you to talk it out. Plus, she was 14. She probably didn't think about it at the time. You should ask yourself, "how would I feel if someone broke up with me over something from the past that you feel is not important anymore?" If she lost her virginity, wouldn't that suggest that she cannot have any relationship in the future, according to your standards? Couldn't anyone say the same about you if you did the same?

BANNED
So I read this forum regularly, and the old incel.xx before it disappeared as well.

I'm not an incel, but I'm not a chad either.

I couldn't really tell if the OP here was satirizing / trolling this site or not. Because that story and his reaction to it is almost unbelievable.

If you get angry and ignore every woman who is not a virgin, and think any woman who has been sexually active at any point in her life is a "sl*t", then you're not going to get laid. I'm not sure why you would get angry over something this woman did years before you two got together, what does it matter? Was she your girlfriend then? No. So why are you getting mad?

She should "save herself" for a good guy like you? No offense, but you don't sound like a "good guy" when you're talking about "beating the ѕhit" out of a woman because she's had sex in her life. You sound like a scumbag.

You complain about not being able to get laid, and then when you start to get close to it with a girl, you freak out on her for not being a virgin and ignore her. Wow, sounds like a good plan to me! This is called a self-fulfilling prophecy (or Golem Effect).

I don't know anything about your life, I'm sure it hasn't been easy. If you were in a good place, you wouldn't be on this bottomless pit of negativity website. I'm not judging you or saying that all your problems could be solved by taking a shower and getting a haircut (like some of people on the news like to say in order to get laughs). That's clearly not the case. Maybe you were dealt a ѕhit hand in life, that sucks, it's not your fault.

Now. What are you going to do about it? No offense intended, but you sound like you need serious, SERIOUS therapy. (I mean, all of you do, but to the OP in particular). You're 23 years old, believe it or not, you're not the only guy who's still a virgin at 23. That does not mean that you'll always be one. But you need to address the reasons for this, rather than rage about them.

BANNED
Ay, she lost her virginity on her own terms. It's her choice because as she says; it's her body. If you guys have been together for a few months, haven't had sex and rarely kiss, maybe she does deserve a "chad" to come along and fuck her, since you clearly can't satisfy her emotional or sexually

shes acting like a classic female, gives it up for chad wh*res around for him cause she likes being dumped and pumped, but when she finds a sub-tier male she hold back and try acting pure so she can control you by withholding sex making you doubt your self worth, tricking you into believing shes better than you

Please break up with her if you haven't already. She is obviously not right for you.

Don't beat her up, tho. That's illegal.

BANNED
Oh dear Lord, lets me give you an example. I was engaged to my ex and she didn't save herself for me and didn't save myself for her. How dare she not save herself because once upon a time she had feelings for someone else. See makes no sense.

Incelting said:
Please break up with her if you haven't already. She is obviously not right for you.

Don't beat her up, tho. That's illegal.
Click to expand...